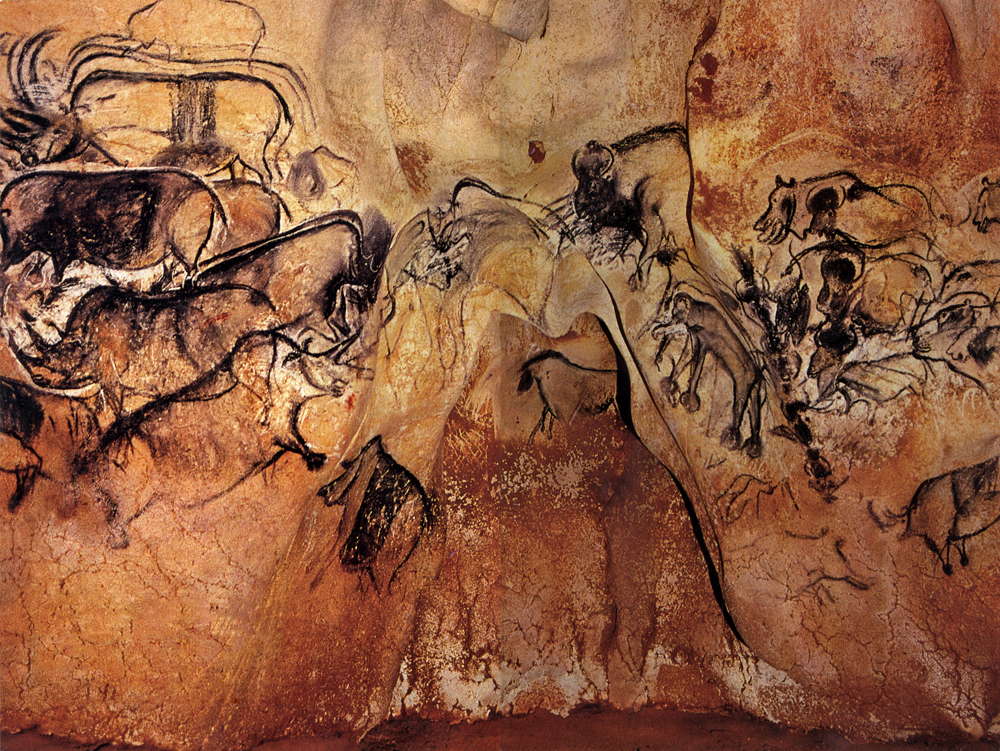 Many among the most influential artists of the Modernism movement owe their expansion of style to the western concept of Primitivism. It is possible to imagine those who paved the way for these artists, painting rock and carving onto stone, reaching out with their hands and leaving their voice on the earth, declaring “I was here.” At the turn of the 19th century, this romanticised view of our early ancestors fuelled interest in ‘Primitivism’: anything culturally ‘foreign’, mainly none-western art, was seen as a more fundamental and organic way of creating. It was perceived as the origin of style of creativity. Does the classification of a vast variety of art impact how it is viewed? And did the artists which took inspiration from this catalogued genre profit from a cultural identity they did not fully take into account? After all, there is more going into a piece of artwork than style. The artist places their humanity in their work; every interaction with the world up until the moment of creating art has shaped them as a person. Looking at various artists from the Modernism movement and their relationship with other cultures may provide understanding.

The ‘primitive’ mind was a term used in Modern art between 1890-1940 and referred to those who were viewed as less complex by standards in western culture.

“In the context of Modern Art, [Primitivism] refers to the attraction to groups of people who were outside Western society, as seen through the distorted lens of Western construction of ‘the primitive’ which were generated in the later part of the nineteenth century,”

This fascination with ‘exotic’ subjects encompassed a large variety of people: ‘savages’ (geologically from Central and South Africa, the Americas and Oceania), people with mental health issues, children and sometimes women and peasants were also considered such. African and Tribal Art was another ‘exoticism’ to westerners, thought it was not shown as art in the early 1900’s. Collections of artefacts were displayed as curiosities and functional objects. In 1907 one such exhibition took place at the Musee d’ Ethnographie du Trocadero and was visited by Pablo Picasso. In Picasso’s notes he recalls the visit, remaining at the exhibition despite his hatred for it: “I stayed. I stayed.” (The Private Life of a Masterpiece: Les Demoiselle d'Avignon, 2004). This internalised struggle expressed through his writing gives the impression of literal forsaking of Naturalist and Realist artistic values. This impact was shared among Picasso’s contemporaries. Paul Gauguin similarly experienced a rebirth of inspiration over a decade earlier during his stay it Tahiti where he would paint the indigenous population, though France had defeated Polynesia’s independence effort and transformed the island into a colony not long before Gauguin’s arrival. It was ironic a French painter was attempting to capture the “innocent natives” (Willette, 2015: arthistoryunstuffed.com/paul-gauguin) who were forced by missionaries to wear garbs made in Europe. The self-imposed, self-congratulatory role western imperialists had chosen was the role of saviour.

Sources of ‘primitive’ art, though profoundly impacting the western art world, were not always credited as the muses they were. Pablo Picasso’s Les Demoiselle d’Avignon, sometimes referred to as the first Cubist painting and first ‘Picasso’, was seemingly a great source of discomfort for the artist. Hidden away for years due to criticisms of its grotesqueness, the shapes used are reminiscent of ‘primitive art’. Picasso was said to have snapped, “African Art? Never heard of it!” (The Private Life of a Masterpiece: Les Demoiselle d'Avignon, 2004) when confronted with the topic. We know this statement to be false; Picasso had collections of African postcards in his studio and inspections of sketches done in preparation confirm he had studied the subject matter intensively. He had painted over Iberian imagery to create his characteristic female form yet denied any connection with his sources. His relationship to ‘primitive’ art was complex; on one hand he respected the simplistic use of shape enough to adopt a similar approach in his most famous work, yet the dismissal of their impact may implies a level of embarrassment cause by this truth. Other artists of the time had a less negative connection with their sources. In 1912, Emil Nolde noted: “Their [‘primitive peoples’] motivation is their pleasure and love of creating. The primal vitality, the intensive, often grotesque expression of energy and life in its most element form – that, perhaps, is what makes these native works so enjoyable.” (Nolde, 1912). These good intentions are echoed by philosopher Ernst Bloch who claimed Expressionist’s interest in tribal and folk art was that they wanted to create art for the people. Thought both accounts are clear in approval of the art, claiming everybody outside of western culture are somehow intertwined with nature stereotypes these artists to the point of being unrecognisable as individual human beings.

Historically, appropriation of style from another culture is not uncommon. In France, post-revolution style saw an overhaul. The previous voraciously indulgent nature of the nobility was now greatly shunned and the French citizens looked back to cultures who shared their new ideologies, with an emphasis on liberty and republicanism, such as the Ancient Romans (Gardiner, 2013). The difference between this adoption from Ancient Rome and western appropriation from cultures deemed ‘primitive’ may lie in respect and exchange. Undoubtedly collective consciousness of a culture impacts on the individual to various degrees, however categorising all art deemed ‘primitive’ ignores everything else about it. It is easy for an audience to look at ‘primitive art’ with preconceptions about who made it and what it means. In the words of artist Rasheed Araeen directed towards the author of ‘Primitivism’ in 20th Century Art and former curator of the MoMA, William Rubin:

“The ‘primitive’ today has modern ambitions and enters into the Museum of Modern Art, with all the intellectual power of a modern genius, and tells William Rubin to fuck off with his ‘Primitivism’: you can no longer define, sir, classify or categorize me. I’m no longer your bloody objects in the British Museum.”

When art is segregated “the Other remains perpetually outside history,” (Hiller, 1991) and by categorising ‘ethnic’, ‘tribal’ or any art that is made by a non-western artist as ‘primitive’ implies assumptions of superiority by the classifier.

“If you want to talk about me, let us talk. But no more of your ‘primitivist’ rubbish.”