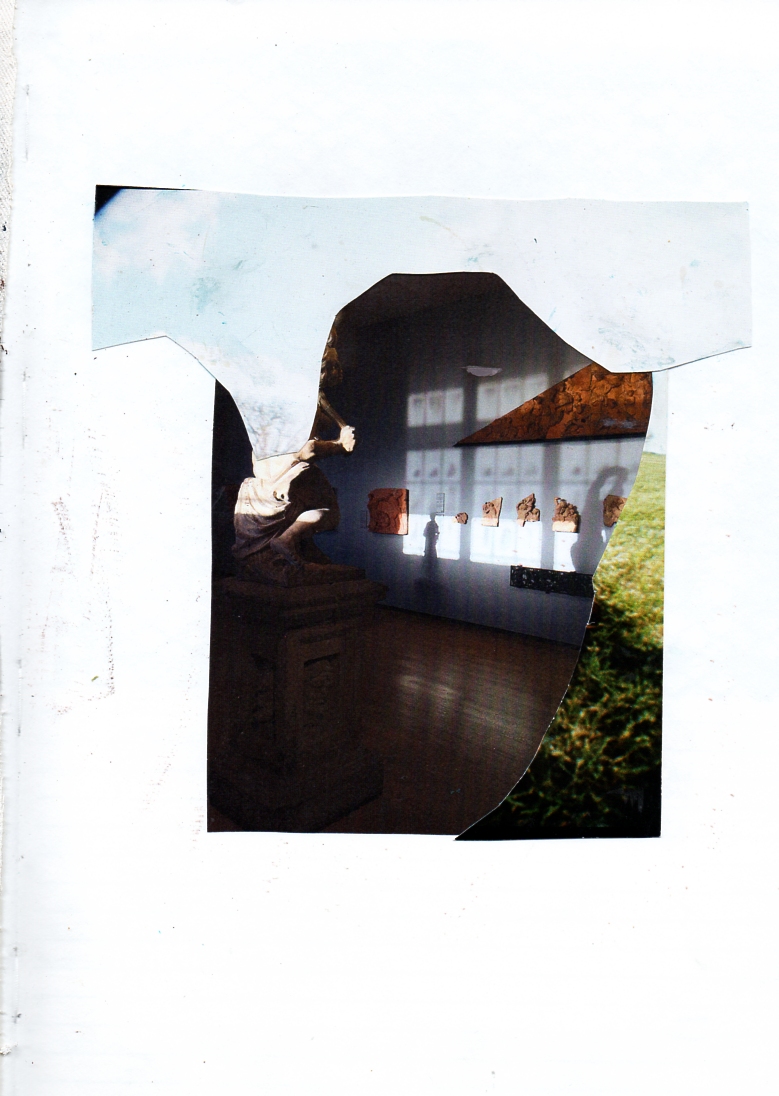 The arrival of mass production in Europe brought with it a revolutionary trend of sentimental and gaudy art: kitsch, art to be sold to the crowd and to be enjoyed unambiguously. The term Kitsch began circulation in 1860's Munich, used by art dealers to refer to art which was cheap and by the 1920's many Europeans had accepted this new form of art into their homes. It was the financial accessibility and easily perceivable intentions within kitsch art which made it so popular. But what was kitsch's relationship to “one of the major artistic and poetic movements of the twentieth century” (Macey p.372)? By exploring Greenberg's criticisms of both Surrealist art and kitsch, along with various Surrealist artists between 1920-60, similarities between these two phenomenons of the Modernist era become apparent.

Clement Greenberg was a prolific American art critic. As a champion for Abstract Expressionism he believed kitsch to be a reductive form of art which threatened progression of the Avant-Garde. In 1939 the Partisan Review published “Avant-Garde and Kitsch” and article in which Greenberg detailed his thoughts on the subject, advocating his elitist criteria for classifying art as culturally high or low.

“The peasants who settled in the cities … learned to read and write for the sake of efficiency … Losing … their taste for the folk culture whose background was the countryside, and discovering a new capacity for boredom at the same time, the new urban masses set up a pressure on society to provide them with a kind of culture fit for their own consumption. To fill the demand of the new market, a new commodity was devised: ersatz culture, kitsch, destined for those who, insensible to the values of genuine culture, are hungry nevertheless for the diversion that only culture of some sort can provide.”

Kitsch, in Greenberg's opinion, was low art. It was accessible and easily digested and it's universal appeal threatened an established culture which was, until mass production, closed off to only the rich (or 'refined' as was the conservative argument) enough to afford education. The introduction of this 'low art' was feared for it's lack of innovation and was heralded as the adversary of the Avant-Garde, a movement which fundamental principles are that of progress. “Kitsch changes according to style, but remains always the same,” (Greenberg): by this classification Surrealism stands apart from kitsch. The Surrealist movement was founded in 1924 by the French poet Andre Breton and though the cataclysmic nature of Dada influenced Surrealism in a capacity, it was unlike anything that had come before it.

Surrealist artists strived to capture the, “psychic automatism in its pure state … the actual functioning of thought,” (Breton) through figurative works: paintings and sculptures depicting the depths of the human subconscious. These dreamlike scenarios presented the viewer with madness but madness which could be dissected by anyone: a bed looks like a bed, a comb looks like a comb. There is no education required to evoke understanding whereas an abstract painting by Jackson Pollock, a producer of 'high art' according to Greenberg, may be more difficult to form a considered opinion on.

For this reason commercial art is often figurative, drawing more ire from Greenberg: “Kitsch's enormous profits are a source of temptation to the avant-garde itself, and its members have not always resisted this temptation … The net result is always to the detriment of true culture in any case.” (Greenberg). Despite this disapproval, Surrealism has always exchanged with mainstream culture, perhaps it is because of an affinity towards dreaming: a shared human experience of the uncanny and irrational. In 1939 friction between Salvador Dali and Andre Breton led to Dali distancing himself from the surrealist group and travelling to New York. He brought his work to various popular establishments: the high end New York department store, Bonwit Teller, promoted the exhibition Fantastic Art, Dada, Surrealism at the Museum of Modern Art by commissioning the popular Surrealist artist to create window displays.

“No sooner does [he] arrive than his name makes front-page news. Dali is arrested when he accidentally smashes Bonwit Teller’s window after [his display] is rearranged.” (Thedali.org/about-dali). The rearrangement of Dali's work was the result of the surrealist's inclinations towards the dark and twisted. “The Spanish surrealist filled his window with a bathtub containing three disembodied arms, a taxidermy buffalo head and stuffed pigeons, and naked mannequins with blood streaming from their eyes.” (Mosher). That year the World's Fair of New York also presented the Dream of Venus, a surreal pavilion featuring a “main door flanked by two pillars representing two female legs wearing stockings,” and “aquatic dance show in two large swimming pools, with sirens and other items also designed by Dalí.” (Salvador-dali.org). Though this indulgent aesthetic wasn't popular with all surrealists it garnered a fair amount of attention from the mainstream public and art critics of the 1930's.

Despite Dali's interactions with the commercial many surrealist works featured prominently in galleries, the only home of 'real art' according to Greenberg, although surrealists exhibiting in a gallery, “could imagine nothing more boring than the usual long line of visitors to a museum talking slowly and impassively past a collection of art.” (Alexandrian p.151). None the less Greenberg placed kitsch hanging on the walls of restaurants, decorating a room not inspiring contemplation in galleries. Kitsch was cheaply made on a large scale. It was lacking all uniqueness. Whatever 'aura' a one off piece of art commands, whether it's individuality or the legend or age, a piece produced on mass didn't evoke this sense of wonder for some critics. “It borrows from, it devices, tricks, stratagems, rules of thumb, themes, converts them into a system, and discards the rest. It draws its life blood, so to speak, from this reservoir of accumulated experience.” (Greenberg). This overall feeling of fakery is also provoked by the undiluted sentimentality often pictured in the shape of smiling figures and idyllic scenes. Kitsch's complete inoffensiveness lacked the complexity and the abstract meanings associated with 'high art'. “It is flawed by it's perfection,” (Solomon, p2). And yet surrealist paintings are not often dreams of pleasing thoughts. The human mind has multiply doors and they all do not lead to pleasant childhood memories and nostalgic bliss.

The surrealists strived to create multifaceted depictions of the subconscious. During the 1920's Sigmund Freud's research into human psychology had a profound impact on artists in Paris.

“Surrealist Theory was based on a simplistic understanding of the writings of Sigmund Freud recrafted for the use of poets and visual artists. For the artists, the mind or human psychology, could be a source of artistic inspiration. For Freud, the unconscious is structured like a language that cannot speak its name. Due to the rigours of socialization, primal desires are suppressed … However, the mind has its own economy and that which has been buried must be expressed through displacement and transference, or through substitution. This part of the mind is doomed to indirectness but is compensated by a surplus of poetry and metaphors.”

These artists did not put their childhood into their art out of sentimentality but to explore the darker side of memory. Nightmares recollected from childhood can be used to provoke a sense of unease; fear experienced while young and vulnerable, the incapability of discerning mind tricks from reality, and the reminder of a passing of time.

Therefore Surrealism doesn't followed the same trends as kitsch, which is, “fantasy of the emotion without the real cost of feeling it.” (Scruton). It draws upon past memories instead of creating sickly pretend ones and in doing so frees itself from criticism of insincerity. The paintings of Norman Rockwell are am unmistakable examples of this trademark sentimentality. Rockwell often depicted an idyllic America, paintings of two teenager on a date, puppies and family dinners.

“Born in New York in 1894, the son of a white-collar worker, Rockwell grew up in extremely modest circumstances in a succession of boarding houses. He trained at the National Academy of Design and by 19 was art editor of Boys’ Life, the magazine of the Boy Scouts of America. He was essentially a cartoonist, of the old-fashioned kind who deals not in punchlines but in whimsical narrative moments, which he realised in oils using techniques derived from the Old Masters – a way of working that was then common in commercial art, before being superseded by more modest media such as gouache, watercolour and digital image-making.”

By the 1950's many of Rockwell's paintings used photography to create perfect moments. These were choreographed complete with props and actors.

This meant Rockwell could capture a range of lighting and tone, painting closer towards a photo-realistic style. It is theorized that mainstream American audiences enjoyed this type of art as it was served as a type of escapism from World War II and the financial depression which had gripped America in previous years (Woodward). With no subsequent depth other than a pleasant image Greenberg categorized Rockwell as low-brow kitsch art. “Worn out clichés that have lost their innocence without achieving wisdom,” (Scruton).

Breaking away from the traditional was a defining aspect of the avant-garde and the turn of the 20th century saw many accepted societal structures change. The Industrial Revolution redefined culture. Workers in the fields migrated to cities, and with disposable income and, in Greenberg's opinion, a longing for recognisable culture encouraged a market of kitsch to form. Though both kitsch and Surrealism both appealed to popular consciousness their similarities were not absolute. Financial gain did not motive the surrealist group founded by Breton and though some members found fame their original purpose was to create works which were unlike anything which came before them and did not indulge in sentimentality.

“This time again, faithful to the tendency that I have always had to ignore any kind of sentimental obstacle, I shall waste no time passing judgement on those among my initial companions who have become frightened and turned back, I shall not yield to the temptation to substitute names by means of which this book might be able to lay claim to being up to date.”

Though with the arrival of Pop Art, kitsch saw a rebirth and was appreciated ironically, taking on a whole new message. Between 1920-60 however it was a symbol of cultural degradation according to influential art critics of the time and it's similarities to Surrealism meant some critics were weary of accepting the surrealist movement as avant-garde. Surrealism ideology was abstract whereas the style was figurative. It was accessible however also required contemplation. This combination blurred the lines between Greenberg's definitions of 'high' and 'low' art. Based upon new explorations of human psychology during the 1920's, Surrealism's poignant subject matter and kaleidoscopic nature gave work to many critics who wished to try and categorise it.